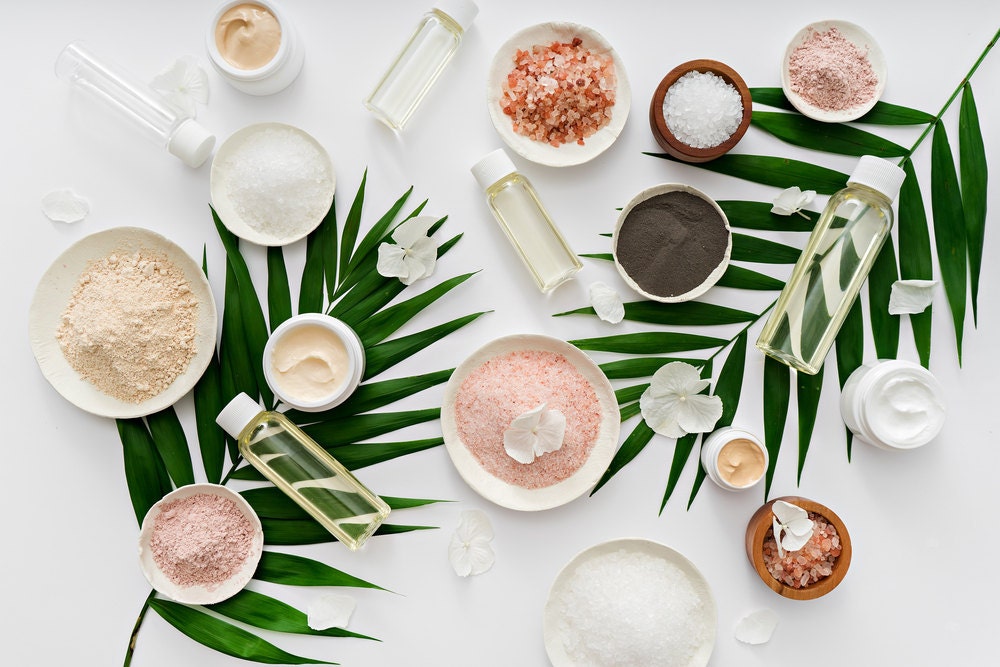 When it comes to skincare and personal products, list of ingredients to avoid seems to grow longer by the minute. But that’s only because experts and consumers are becoming educated to the impact of some ingredients listed on our beauty product labels.

*Consider this a cheat sheet of common ingredients to avoid*

Thankfully, some retailers (including Whole Foods, CVS, and Target) are starting to ban products that contain formaldehyde from their shelves. But there’s a catch!

While formaldehyde has become a well-known toxic ingredient to avoid, many don’t know about the lesser known ingredients that release formaldehyde formulated into some cosmetics.

It’s unlikely you’ll actually see the word “formaldehyde” on an ingredient label, but it may sneak onto on your product label under a totally different name.

Synthetic fragrances. Heads-up! When an ingredient label simply says “fragrance” or "parfum" it’s usually an umbrella term for hundreds of chemicals  brands aren’t required by law to disclose. Crazy! This makes it a lot harder for consumers to discern what’s hazardous and what isn't.

Phtalates. One such sneaky compound hiding under the “fragrance” umbrella - phtalates. They're used to help perfume stick to skin, as well as eyelash adhesive and nail polish.

Parabens. Butyl, propyl and ethyl parabens are also linked to hormone disruption. They're preservatives found in a variety of cosmetics—which is why many clean brands (including Meadowlark Botanical) avoid using them.

Parabens are probably the most well-known ingredient to avoid due to a 2004 research paper that found traces of parabens in breast cancer tissue samples.

According to EU and FDA Regulations, parabens in their current form are officially considered safe to use, since cosmetic products only use a very small concentration of these ingredients in their formulas (up to around 0.4 percent, though measurements do differ for each paraben). We say better safe than sorry.

Polyethylene glycol (PEG). Polyethylene, propolyne glycol (PG) and butylene glycol (BG) could potentially be petroleum derived and irritating to the skin. These are chemical thickeners and can sometimes be found in cream-based products.

Siloxanes. Also known as cyclical silicones, these compounds are found in a variety of cosmetic and skincare products and they’re not great for the environment.  They've been linked to endocrine disruption as well. ***Dimethicone, on the other hand, is considered safer alternative

Triclosan. This antimicrobial ingredient (found in hand sanitizers and antibacterial soap) has been linked to such a significant impact on the thyroid and reproductive hormones, that it’s banned in several countries!

***The US has moved to ban it from antiseptic soap, but it might still show up in deodorant, mouthwash, shaving cream, and toothpaste.

Toluene. This chemical (which also goes by the name of Butylated Hydroxytoluene, or BHT), is a big no-no: It’s linked with brain toxicity and can be especially dangerous during pregnancy.

While it’s banned in the EU and Southeast Asia (as well as by a few retailers in the US), you can still find it nail polish, nail treatments and hair dye.

Ethanolamines. While these compounds (which are emulsifiers found in foundation, mascara, and skincare products) are technically classified as safe for cosmetic use by the EWG, they’re also known to be allergen triggers—something to keep in mind if you have sensitivities to certain ingredients.

Octinoxate. This common sunscreen ingredient has such a harmful effect on coral reefs, Hawaii banned it state-wide in 2018. (That’s not even to mention that it’s also been linked with endocrine disruption.)

Oxybenzone. This endocrine disruptor can be found in many skincare products that contain sunscreen, including lotions, lip balms, cleansers, fragrance, and even baby products. Yikes.

PFAs and PFCs. Remember how we said “fragrance” can potentially be hiding hundreds of chemicals? Well, PFAs are a class of thousands. They’re fluorinated chemicals that have been found in sunscreens, hair products, and shaving creams and linked to cancer, thyroid disease, and even reduced effectiveness of vaccines.

Talc. While talcum powder (often used as a smoothing agent in mineral makeup) is generally safe, it also has the potential to be contaminated with asbestos, which is a known carcinogen and instigator of lung disease.

Homosalate. This is another chemical that’s commonly used in sunscreens as a UV absorber. While regulations are starting to wisen up to octinoxate and oxybenzone, homosalate is still pretty commonly used. Read your labels!

Carbon black. The EWG tagged this pigment (which is often found in mascara and eyeliner) because of its possible link to cancer. For what it’s worth, the FDA has put some limits on the amounts used—but it’s still widely found in cosmetics at retailers everywhere. If you commonly use waterproof mascara or eyeliner, take note: PFCs are big culprits here, because they’re water repellents.

Resorcinol. This common ingredient in hair color and bleaching products has been linked to skin irritation and immune system dysfunction.

Teflon. Teflon is one specific PFA worth calling out—it’s the brand name for Polytetrafluoroethene (PTFE), and is sometimes added to cosmetics to improve the texture. But like other PFAs, it’s linked to hormone disruption and reproductive issues.

A little freaked out? Sames.

But knowledge is power—and you can feel good about taking steps to better understand exactly what you’re putting on your body.

We're also not here to say you should immediately blacklist any product that contains the above. Think of this list as a jumping-off point for anyone curious about learning more about sketchy ingredients and clean beauty on a whole. We recommend doing your own research on all the ingredients above, then make a decision that feels right for you!

----Searching for effective, natural skincare for you and your family? Check out the organic + vegan handcrafted products from Meadowlark Botanical.